An acknowledgment to the people who have done extraordinary things

The Bray Endeavour awards have been presented by Bray Chamber of Commerce since 1981, to honour and recognise the wonderful achievements and successes in business and the community in the town of Bray. With the business awards previously presented in October, it was finally time for the community awards with a feel good Friday on 11th December. Unable to do the usual gala dinner event, the committee had to change the way things were done and decided to bring the awards to the winners, arriving to surprise them. And surprise them they did, delivering the wishes of the over 5,000 that voted this year.

First stop was a presentation to North Wicklow Educate Together Secondary School NWETSS students Molly Redmond, Grainne O Sullivan, Lucy Sky Dunne and Georgia Doherty for their achievements with the Student Climate Action Network. Cian O’Neill was surprised on his way to a meeting in Ballywaltrim Community Centre, when friends and family were there to see him receive his award for volunteering with Connect Ballywaltrim.

A visit to the beautiful new premises at Purple House Cancer Support centre was an emotional one, where the wonderful drivers who give so much of their time to transport patients to over 16 hospitals for their treatment, where recognised and thanked. A trip to Steven Haines beautiful garden in Raheen Park, where he was presented with a civic award for all his hard work and acknowledgement of the pleasure he has given to the People of Bray with his amazing “secret garden” over the last 25 years. Nathan Prunty was surprised as he volunteered at the Bray Emmets family day for all his volunteer work with the club.

Another stop-off was in Seacrest where Albert Kerr was surprised on his doorstep with family and friends and a lifetime achievement award. Albert Kerr was recognised for five decades of service to the Queen of Peace Youth Adventures Group amongst other community groups. Another big award of the day was given to someone who received so many nominations for keeping the county going during these difficult months, and in recognition of his work for so many people and community groups in Bray, as the crew in East Coast and family came out to see Declan Meehan receive the top Person of the Year award.

The public spoke and the 2020 recipients of the Bray Chamber of Commerce’s Endeavour Awards are:

Person of the Year: Declan Meehan 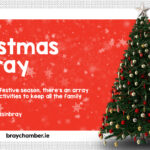 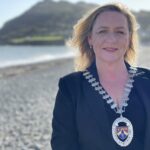 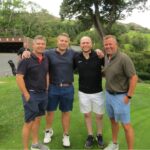